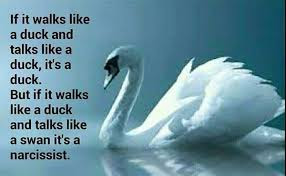 I am indeed very saddened to hear of the treatment of Peter Saunders by the vatican’s “commission”. Saddened but I have to say, not in the least surprised. I am sure he is very hurt, and my heart goes out to him.

BUT! This was only ever yet another vatican PR exercise, and I, for one , was horrified when Peter agreed to be a part of it. I believe he truly thought he could influence them, and I am quite sure he had an honest motive, but I think he was at best naive, and at worst deluded and perhaps even somewhat flattered by the papal attention. I cringed at  the photographs of him with his arm around the pope, as Marie Collins posed holding hands with Frederico Lombardi, the papal spokesman , who is as smarmy as he is slimy.I certainly don’t blame the survivors, they were well “worked on”. This was ABUSE!

This is a narcissistic organisation!!! Narcissism cannot be “cured”.The best you can do is contain it, and the way to do that is to ignore it, turn your back on it and leave it to shrink. The more attention a narcissist gets, even negative attention, the bigger it grows. it is important NOT to feed narcissism!

It is easy for the catholic world to be fooled by this smily pope and his PR campaign, it is very professional, and they are past masters at spin.

I have lost count of how many people have said to me “Well but THIS pope is different” NO he is NOT!! He is the head of that narcissist organisation, not a benign old gentleman trying to fix his broken children, he is canny and wily which is why he was chosen. He is quite aware of ALL of the issues!

I know for an absolute FACT that last year he was given (into his own hands directly)the evidence of the clergy abuse of   my  deaf and speech impaired  survivor friends from Verona, he mumbled his “sorrow” and has still done NOTHING!!! Not a letter, no phone call, NOTHING! but then of course, that wouldn’t help the PR campaign! And that is only one incident, there are thousands more.

I think it reprehensible, but unfortunately typical,  that they would use any survivor to give themselves some kind of credibility.I hope that Peter has the courage to keep away from them , and that Marie Collins takes her blinkers off too.

The Church does NOT give a shit about survivors of their crimes! They are ONLY interested in their own failing image.

Surely there has to  come  a point when people  HAVE to see them for what they are, how much more evidence do we need? 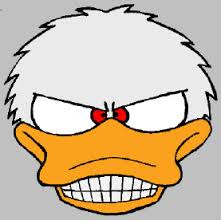