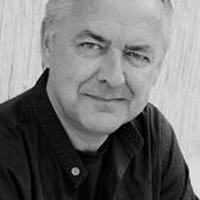 This website collects information from numerous sources of news concerning sexual abuse by catholic clergy. Clearly ordered and sorted by country, the newest newsfeeds appear upon a simple click of the mouse through an integrated RSS system.

As per the author Verschueren, the purpose is to make life easier for all those who want be kept informed about the evolution of this subject.
“We all spend day and night behind our computer and actually all do the same thing.
Raymond Lelkens, Rik Devillé, Linda Opdebeeck, Bert Smeets, Lieve Halsberghe, Ton Leerschool, Joep Dohmen, Kathy Shaw, Peter John Schouten, Barbara Blaine, Tom Doyle and all the other not named night owls who scan the internet for the latest information about clergy sex abuse.”

The need for this initiative

“And this is only the beginning. I still negotiate with at least fourteen more international media and organisations, that now first build there own RSS on this specific subject and will then make it available. The project grows by the day.”

The number of visitors during the first day of the launch shows that there was a real demand for such a service. “More than 4000 visitors within the first 48 hours, it crashed my server for a short period, but that problem has been solved now.”
Der Spiegel, The New York Times, NOS, Abusetracker, Bishopaccountability but also survivor organisations such as de Dutch KLOKK and Mea Culpa, Stichting Mannenhulpverlening, Survivors Voice, SNAP, the German NetzwerkB and the famous US lawoffice of Jeff Anderson support the initiative.

“Where the bibliography that I maintain on my website is daily fed with pure facts, without the pretension to be complete but at the same time relevant, the Sexual Abuse News Monitor also collects opinions and points of views around the facts. At least as important, concerning this subject. A direct link is made to the source of the news items or the opinions expressed, in this way the reader is taken directly to the website containing the relevant information.”

Giving others a hand…

“If this can make the life easier for all those diligent fighters against sexual abuse in the church, that is a nice result,” says Verschueren. It is about hopeful news, when somewhere in the world progress is being made with the protection of children, but it is also about less hopeful news, when the slowness is described of how commissions and the catholic church treat this subject. It is about news, and that is apparently what victims are looking for, to recognize themselves in the situations of others, to find consolation in the progress someone has managed to make.
Annoyance and consolation are closely paired.”

The sexual abuse bibliography, that Verschueren started about two years ago, contains today more than 500 titles of books about the subject, about 130 hours of films and documentaries, at least as much audiovisual news items, hundred’s of articles chronologically ordered, columns and opinion pieces, official reports to download and one of the longest lists of international support organisations and interest groups one can find anywhere in the world. And finally references to the bibliography of Tom Doyle and to the most relevant titles on Wikipedia.
In Wikipedia Verschueren contributes with information about Belgium and his bibliography and Clergy Sexual Abuse News Monitor are mentioned.

“Consider the situation in Belgium and the Netherlands. Those who have followed the bibliography know that in Belgium the church officials have been waiting for a decision from the Netherlands. Only hours after the commission Deetman issued a press release, a message was issued from Belgium that they are also close to a decision. It is incredibly important to understand these mechanisms, to know that the church thinks beyond it’s own borders and how they leisurely take all the time to decide how to get this problem out of this world. Insight in the mechanisms can only be obtained when one is well informed.”

See through the mechanisms of the church…

Verschueren refers also to another mechanism that he has exposed.
“Through my numerous contacts with survivor organisations in Belgium, the Netherlands, Germany and Austria I came to the conclusion that the religious orders (and even some dioceses) in all those countries apply the same system in their negotiations about financial compensation with victims.
And the principle is simple:
1. Search out the weakest and give them a tip (<2500 Euro).
They talk to the financially and socially weakest victims, wave a couple of hundred Euro’s in their face, an amount that this most heavily affected group has never seen in cash, and thus reduce the mass of damage claims.
2. Satisfy the stronger.
After the weakest have accepted the pathetic offer of the congregation or the diocese, they try to reduce the group further by offering slightly higher amounts (5.000 to 10.000 Euro) to those more empowered victims who are well prepared, case file in hand.
3. Isolate the hardliners.
Make sure that this group feels that their demands will never be met, delay the proceedings as long as possible, if necessary break all contact. Make them to parasites, people who will never be content, make them to pariahs, hopeless cases who will never receive any compensation, unless they submit and accept what the church thinks their grief is worth.”
A detailed report, illustrated with testimonies, of this insight is under construction.

“What is important for me, is that everyone concerned and interested in this subject, sends on as many sources (links) as possible to family, friends and acquaintances, to other victims, to media and researchers, to commissions and commission members, bishops and superiors of congregations, lawyers of victims, but as well to defense lawyers, public prosecutors, judges, police services working with survivors, counsellors and therapists. Because they will nowhere be kept better informed than through these two initiatives which I will extend further with the help of hundreds other survivors.”

As per Verschueren, his work will only be finished when he has assured that nobody will ever forget what exactly happened, when every victim has found the courage to step forward and will be helped in the way suitable to him or her, and when no child will ever be abused anymore by a catholic priest.