English civil courts have woken up 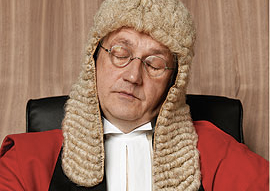 In the years before 2001 Claimants bringing historic claims of child abuse had it tough.
It was hard to succeed in the Civil Court without excellent evidence of system failures by operators of children’s homes.

This meant in practice that lawyers had to try to secure historic documentation (which in many cases had been destroyed) or persuade a statutory body to carry out investigation into the failings of the system as it applied to the home involved.

In 2001 came the landmark case of Lister v Hesley Hall [2001] 1 AC established the ‘close connection test’. It was established that vicarious liability would apply to an employer where his employees conduct was ‘so closely related to the employment that it would be fair and just to hold the employer vicariously liable’. In the Lister case the employee was a warden in a childrens home. His responsibility was to supervise and care for children but instead he abused them.

The Lister v Hesley Hall [2001] 1 AC case was taken a stage further in Maga v Arch Diocese of Birmingham [2010] 1WLR. This has added an extra arm to the close connection test. The case established the “enterprise risk” principle which had been mentioned in two Canadian cases decided in 1999 (Jacobi v Griffiths and Bazeley v Curry).

The test for an employer’s vicarious liability for his employee was now to be decided by looking at ‘whether the employers activity materially increased the risk of severe sexual assault and therefore harm’ i.e. did the employee have the opportunity for wrong doing? Was he able to spend long periods alone with the Claimant and if so, it was reasonable to impose liability on the employer.

Failure to remove children from care

The case of X v Bedfordshire [1995] saw The House of Lords dismiss claims by 5 children who had been left by social services with their parents in circumstances where it was known by social services that they were suffering horrendous abuse. The Law Lords decided that it was not just and reasonable to impose a duty of care on local authorities as it would cause local authorities to adopt a ‘cautious and defensive approach’. The 5 children were incidentally later partially successful in a European Court of Human Rights.

In JD v Berkshire [2005] UK HL 23 the House of Lords decided in a case similar to the Bedfordshire case that their 1995 decision could not survive the Human Rights Act 1998. They recognised that there had to be a duty of care imposed on local authorities to ensure that children are not adversely affected by the manner in which they are treated by the local authority.

With the exception of the Lister v Hesley Hall and JD v Berkshire cases, limitation has been the major battleground over the last decade in child abuse cases. Defendants have tried (mostly unsuccessfully) to persuade courts to declare these cases ‘out of time’. The general rule on limitation in personal injury cases is that a Claimant has 3 years to pursue a case. The problem with the 3 year time limit for abused claimants is that the ‘incubation period’ for claimants between the abuse taking place and a claimant deciding that he/she is strong enough to disclose the abuse can be anything up to 40 years. Many people find it simply too hard to speak about the abuse and never come forward.

The question has been raised by many claimants why this inhibition which has been caused by the abuse itself should deny them justice.

Claimants have argued with the help of skilled psychologists and psychiatrists that it would be unfair for these traumatised victims to be judged according to the standards of ordinary road accident claimants.

In the 2008 case of A v Hoare [2008] UKHL6 (the lottery rapist case) the limitation issue was finally decided by the House of Lords. It decided that the overriding factor would be the ‘balance of prejudice test’ i.e. is it more fair that an abuser is brought to account many years later or that the victim loses his/her right to compensation?

In most cases if there is good evidence that the abuse took place and the Claimant would succeed. Since A v Hoare a claimant now only has to show the following:

a. That the alleged abuse occurred
b. That the Defendant was vicariously liable for it
c. That it caused the alleged psychological/physical damage
d. The case is of more than minimal value

The remaining areas to be reformed

The major area which courts are arguably behind the times is the area of the liability of local authorities for foster carers. At present there is no automatic liability on councils for abuse by their foster carers. A situation can exist whereby twins are taken into care and separated. Both are abused, one by a member of staff in a childrens home and the other by a foster parent. Only the child in residential care is able to obtain compensation but it can be argued that the Council have the same duty of care for each child. This has been the case in Canada since 1999.

In summary, there has been substantial change from the dark-ages pre 2001 with the introduction of direct vicarious liability, the improvement of the position of children in local authority care and the improvements in the limitation regime. The area of foster care is arguably in need of closer inspection and change.

A case due to be heard in the Supreme Court in the next 6 months which I believe will give us an all encompassing test for vicarious liability into which foster care will fit. I hope to be able to report positively in due course.