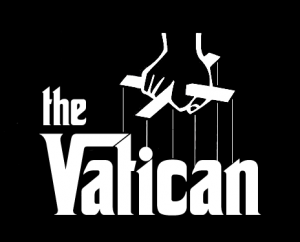 In my student days I found the area of vicarious liability truly fascinating. Theories about an all encompassing rationale based on control or employment never quite captured the principle. It was an area of the law which was not governed by certainties of contract and drew on Denning like solutions.

That was the 1980’s and to me the exciting times of change in vicarious liability are back with the as yet undecided Court of Appeal case of JGE v Diocese of Portsmouth and the case that I have been working on, Various Claimants v Catholic Child Welfare Society and The Institution of the Brothers of the Christian Schools [2010] EWCA CIV 1106 (‘the St Williams litigation’).

The area of historic sexual abuse has become a fertile area for the evolution of vicarious liability as operators of childrens homes, local authorities and religious institutions attempt to limit their responsibility for abusers within their organisations.

The case of Maga v Trustees of The Birmingham Arch Diocese of Roman Catholic Church [2010] EWCA CIV 256 imposed vicarious liability for acts of child abuse committed by a Roman Catholic Priest even though the abused boy was not involved with the Roman Catholic Church in any way. The Priest had ‘picked the boy up’ out on the street. The boy had been captivated by the Priest’s clerical garb and his position. The Court was influenced by this and the high degree of moral authority used to evangelise and the Priest’s responsibility for youth work and concluded that it was fair and just to impose vicarious liability of the Arch Diocese.

I believe that this is an interesting fore-taste of what is to come from the Court of Appeal and Supreme Court over the next few months. The Supreme Court is due to decide the principles involved in vicarious liability in child abuse and the Court of Appeal is currently considering the more focused issue of the relationship between the religious diocese and priest in its application to vicarious liability (the JGE case).

In this case, a woman known as JGE alleges that she was abused by a Priest from the Roman Catholic Diocese of Portsmouth at the Thirsk Childrens Home. The Claimant asserts that the relationship between the Diocese and the Priest is even closer than that of employer/employee in that the Bishop was able to tell the Priest not only where and when to work but when he could retire. The Diocese argues that the relationship between the Diocese/Bishop and its Priest is entirely different to anything which we recognise in our secular laws. It will be interesting to see how the Court of Appeal approach the various principles which have emerged to date in the context of this narrow argument and how the concept of fairness fits into the equation.

The St Williams Childrens Home was operated by statutory managers of the school (the Middlesbrough Defendants) and a catholic lay order (The De La Salle Brotherhood) who provided the school with teachers and headmasters. The De La Salle Brothers took vows of obedience, chastity and poverty. They lived their lives according to the Brotherhoods ‘Rule’ which governed all aspects of their personal lives and teaching duties. They lived on site and covenanted their salaries entirely to the Brotherhood. The Brothers were ordered as to where they could work and were inspected by their Superiors. One Brother accused of indecent assault was removed from the School by his Superior.

The Brothers were employed by the Managers ‘the Middlesbrough Defendants’ and certainly appear to have had two masters.

The Court of Appeal decided on the facts of the case that although there was a high degree of control exerted on the Brothers by their Order the Brotherhood had not undertaken a duty to care for pupils and it would be unfair to impose vicarious liability on the whole Brotherhood which is scattered all over the world.

Where do we go from here ?

The Court of Appeal in the St Williams case recognised along the way that there were to date various tests for vicarious liability:
1. The Employment Test
(Its absence is not conclusive) – Viasystems v Thermal Transfer [2006] QB510, Hawley v Luminar Leisure Limited [2006] Lloyds Rep

3. Whether a tortfeasor is so much part of the organisation as to justify vicarious liability Denham v Midland Employers Mutual Assurance [1955] 2QB

5. There can be vicarious liability as between members of an unincorporated trade union – Easton Transport v TGWU [1973] AC.

One submission made in the Court of Appeal and to be advanced in the Supreme Court may alter our understanding of the basic principles. A new test has been suggested. I describe it as the ‘inherent risk test’. The test would be encapsulated by the following paragraph:

Vicarious liability should apply where D2 puts D1 in a position in which the risk of a tort of the kind committed by D1 is inherent and it is fair to impose liability.

The unwillingness of the Court of Appeal so far to define the boundaries of vicarious liability suggests to me that the Supreme Court is likely to take a lead. This new test would incorporate the objectives of social convenience, rough justice and the responsibilities of D2.