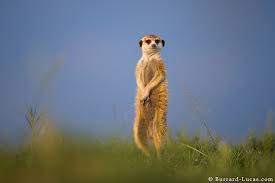 I am very often  asked “How we can identify someone who has been abused?”

How can you spot one of us in your world? What kind of traits are “typical”?

Well on the surface, we are not going to look any different than any one else, and remember, we are very good at imitating people, and changing our skins to suit our environment.That has become a necessity for our survival. 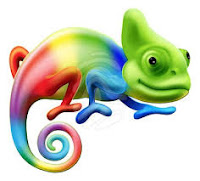 We come from every corner of this world, so we will be different colours, speak different languages, be different ages, education, family background,  and have many and varying “symptoms’ of our abuses.

We may be the prisoner in front of you in the Maximum security prison, who has never talked about what drove him to murder.

We may be the client who comes to you for counselling for her eating disorder, his depression, difficulties with sexuality, relationships, anger. Often our abuses are the last things we will talk about, and we may have come to you for a variety of “other” reasons.

We may be in hospital being “dried out”, having our  stomach pumped after taking pills, having an operation for ulcers, we may have high blood pressure, heart disease cancer.

We may  be sitting in AA rooms blaming ourselves for all our character defects, we may be a rebellious teenager, an angry disappointed pensioner, we may be male or female, loud or quiet.

We may be promiscuous  or frigid, we may paranoid,even psychotic .

We may be pathetically  religious, or vehemently atheist.

The point is that we are everywhere, wherever that wretched  church has had it’s hooks and reached it’s tentacles.

We will have one thing in common, and that is that the rug of our security was pulled very violently from underneath us, at a time when we were still malleable,and easily damaged,  and that damage will inevitably have changed the course of our lives.

There was a time for all of us when we were isolated in some way, either by our indoctrination, our geography, or our disabilities, we may have been “groomed” for years, or just weeks,  and like the weakest of the wildebeest, opportunistically we  were picked off by the predatory pedophile.

In some cruel way, we were in the wrong place at the wrong time, and we now have a lifetime legacy, which will definitely manifest in some way.

It is not possible to be abused by a priest, and bear no scars. We are all a sum total of our genetic makeup  and life’s experiences, and that particular experience is a life changing, life threatening experience, and has huge impact.

How that manifests will depend on other things,  what age we are, how old we were at the time of our abuses.We may have managed to survive till old age, ruminating and wishing that it  had been possible to speak earlier before  taking our secrets to the grave, or if we are  young, maybe disturbed, biting our nails, maybe self harming, using drugs, having  inappropriate sexual language, maybe unable to speak at all.

We will nearly all have an overdeveloped sense shame and guilt, feel  obsessive obligations towards family or others, but we will very probably hate authority.

We often  find it difficult to get out of destructive relationships, or dangerous situations.

We may be fearful or defensive.

The point is that  it is almost impossible  to give a definitive description.

I am very conscious of my own “hyper-vigilance” and spent a long time trying to change it!

But as with a lot  of these things that I have tried to change, I have come to realise that when I can’t do that, then  I have to transform it in some way, embrace the shit  and make it into useful manure.

Hyper-vigilance is not a “defect” in fact it is a quite normal and appropriate response to a life threatening situation. We were  exposed to that which is life threatening, and thereafter we have come to see the world as a dangerous place. We are constantly on our guard!

It is a survival skill. If there is one thing that someone who has been abused fears more than anything it is to be abused again! Nature has given us these survival skills to combat further threats.

However, as with many things that begin as an advantage, as we get older, and when the real threat is perhaps not quite as imminent, that constant feeling of impending disaster can sometimes become a disadvantage.

We are all different,our triggers are personal and unique, and our response to threat is equally so.

My own “Betes Noir” these days is constantly focused around exploitation, and “cons” –  I have a nose for them, a hatred of them, and a cynical wariness that sometimes does not endear me to people, but has nearly always  proven correct and has served me well!

All of my upbringing was a part of that wariness, not only the hypocrisy of the catholic indoctrination, the greedy pedophile priest, a wolf in sheep’s clothing, but the lifetime of lies, damn lies and half truths spun by the church and my adopted family.

My mother was a consummate “con” she was always acting,you never really knew who she was,  her veneers would change depending on who she was trying to impress. She worked in a  family run shop, and they would all often joke that “She could sell fridges to eskimos”! They thought it highly amusing that she could, and would sell things to people that didn’t fit, that they didn’t want and then boast about it!

They  even boasted how she had “converted” people to catholicism on their deathbeds! It made me cringe.

The family imperative to keep all the “nasties” out of view and keep the sainted veneers for the sake of “mother church” further nauseated me.

I am therefore, unfortunately,  always on the lookout for the “cons” and I am told It annoys people, but there you go!

If they were not there I would not need to watch out  for them. 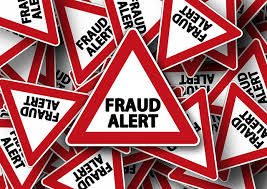 So here in this blog if you  find that I have a  cynicism and abject abhorrence of all things “con” like, I will make no excuses for that, it has been born of my experiences.

I hate for example the “cottage industry “ that has sprung up around these abuse tragedies! Everyone, it seems, wants “piece of the action!!! “

That is why I will strive to empower my fellow survivors rather than those who exploit them!