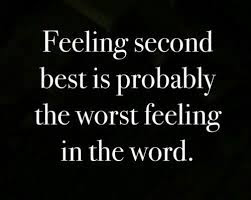 I am sick and tired of abuse survivors ( and actually other disenfranchised people) being exploited , patronised and expected to be grateful!

It is EVERYWHERE! it is in the “enquiries” and “commissions”, these ridiculous bodies who know bugger all about the issues and yet elevate themselves to serve their own agendas, and are seen as “spokespeople” for the survivor groups. Well they don’t bloody well speak for me!

It is in the “survivor” organisations who take money from anywhere they can get it to “help”victims, but instead spend a fortune on wages and buildings and trips to conferences where they swap notes and share tips about raising more money- it stinks!

I have been to so many gatherings and meetings where I have heard the survivor being relegated to a “poor thing” that just needs a bit of sympathy and should be grateful!

WhenI was first flirting with the idea of tackling the church, vincent nichols sent me a letter saying he would pray for me! WTF!

It had  a nice Westminster Cathedral letterhead, lovely  archbishop’s paper with a seal, what a load of crap!

I heard a “survivor spokesperson” at a meeting once when it was suggested that victims should be asked to attend a rally for the “numbers”!

When asked if it may not be a bit traumatic for them? she dismissively said “Oh they will be ok we will give them a “help pack”! WTF! what was that? a parachute?

The new Goddard enquiry is shaping up to be equally patronising and condescending, hardly surprising when you see who is sitting on their “advisory” panel! People who think a half hearted and dishonest “apology” letter  should delight a victim of this terrible crime! or someone who’s only agenda is their own “charity” and the pope’s PR!

Recently there was a survivor request to donate money for others to go to a survivor conference, for “healing” This is not a criticism of the individual,  he did it with a good heart of course, but you have to ask yourself what actually does that organisation spend its colossal amount of money on? Shouldn’t  that be exactly for the new victims? How can they take money from lawyers, and other big “donations” and travel the world and yet survivors have to beg from  each other to fund someones healing?

I am also so tired of hearing “compensation” being calculated by  how much it might cost for a few sessions of “therapy”! How dare anyone  suggest that therapy can “compensate”! That should be a given, the real compensation should be calculated on destroyed lives, lost potential, shortened life span  and even damage to the next generation!

It may well be that you want to buy a Ferrari and lie on a beach somewhere, not necessarily sit in front of some poe faced counsellor who, head on one side,  will ask “how does that feel?”

What on earth are we doing! this is exploitation of the very worst kind, if the act of being abused were not bad enough, then this wholesale dismissal of the individual is far worse.

When you have suffered this betrayal of body and trust, when much of your life has been destroyed and when you have acquired a whole load of additional problems because of that abuse,

You do NOT deserve to be going to these unprofessional organisations cap in hand and be patronised or seen a  commodity! Have you not been abused enough?

They are taking away many chances you have of being whole again, allowing the criminal perpetrators to assuage their guilt by “donating” to them, and being let off the hook regarding their responsibility and DEBT to each  precious INDIVIDUAL survivor.

We are all UNIQUE irreplaceable individuals not a collective resource for someone’s “charity”!

The church and their pedophile priest made me feel of no consequence for most of my life, sacrificial,  lower than a snakes belly in the grass. I refuse to feel like that in my recovery!

It is my passion for recovery and my desire to see each individual  soar above their foul abusers and regain  their rightful place in the World. 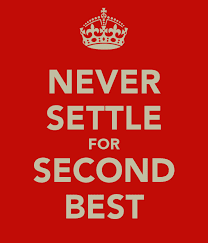