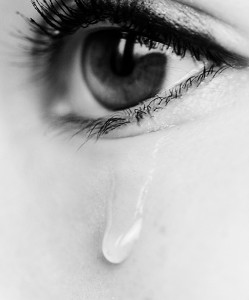 I am a tough lady, it could be said that I have a hard edge, and that may well be true, I have had a hard life and it has left inevitable residue! I am a fighter because I have HAD to be!But there are days when I don’t want to be me.

There are days when I can’t bear to think about things and there are days when I just want to curl up in a ball and hide.
Today is one of those days.
I think always have a reaction to things like the UN report,regardless of a good outcome. Having submitted evidence to the committee against torture, and then hoping that justice and decency will prevail.
Watching and waiting, and then getting the result, seems like a fairly inoquous pastime to most I am sure.
But to those of us who have lived through this it is so emotive, so painful, writing the words and seeing the reality on paper, re- living events,re-opening wounds, being acutely of what has been lost, the stark reality of having a damaged brain, a distorted life path, being pretty much an alien in a world that I so badly had wanted to belong to.

I am not usually given to self pity, and I am not giving in to it now ,I just feel a bit raw and vulnerable, in need of a metaphorical “warm blanket” wrapped around me and for it all to go away.
I hate what the church did to me and people like me, I hate what they have by extension done to my children, and grandchildren. I hate the lies they feed people, the narcissism and the arrogance, I hate the waste of lives and the lost potential,the inability to form relationships, the mistrusts, the suicides, the mental illnesses , the addictions, the violence, the tears.But most of all I hate knowing that they simply do not give a shit!

I hate their defensive responses to the justified criticisms of UN committees.
I hate them using every angle to wriggle out of their responsibilities, their flagrant disregard for the people they have destroyed, the trivialising of this crime against humanity.
I felt sacrificial after I was abused, and that has been my default mindset for nearly sixty years.
Thank F… for decent human beings, and for other “aliens” like me, without each other I think we would be lost.
And “yes” in answer to the question I am so often asked – I DO hate the church!
So today is a day to lick my wounds, shed a few more tears , feel a bit fragile, hope that a few of you out there are sending me a hug, and tomorrow to get back in the fight!