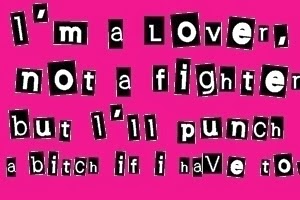 Isn’t it so bloody annoying knowing that you can easily allow yourself to be diverted from your chosen path! The way that negative people can bring out the worst in you and you forget that the way to avoid that is to avoid them!
I am reflecting on our recent trip to Geneva, to witness the questioning of the holy see in answer to the accusations that we, among others, had made against them in breach of the convention of the rights of the child.
It was an important and indeed historic confrontation, and one that I was happy to be part of.But I have since reflected on how the whole thing affected me, and what I learned from those reactions.
This has been an  enormous battle, the catholic church is a devious and formidable foe, who will come out spitting and snarling , like all narcissists when challenged. They will play dirty, they will also be aware of, and exploit  our damaged selves and our vulnerabilities.
Being in the same room as them ,watching them smug and self satisfied, surrounded by sycophants and lying through their teeth is a difficult place to be. I frequently wanted to  jump over their desk and throttle them.
Every lie they told, every contradiction they made, every show of  lack of compassion or insight was like a knife going into my heart, and watching their  forced laughs and attempts at humour was like twisting that knife again.
Watching the media frenzy, and those who would clamber over anyone to get to the nearest camera,or those who use this very emotive subject to further their own political agenda just infuriated me more and more!
Something happens to me when I am around all of this stuff and it is something akin to a primal scream! STOP!!!! This is my life! this is the lives of so many thousands of damaged people! not a game, or a cash cow, or a platform for anything other than the fight for justice.
The amazing and positive committee of the UN CRC who were intent upon not letting them off the hook was what made it more bearable, and they certainly gave them a grilling.
Of course in this world of survivors we will encounter  many players, and they all have a different role, some are fighters, some are demonstrators, some are silent,some are media tarts!
Ton and I have  always been happy to stand and be counted with others when their agenda sits comfortably with ours, but we should never lose sight of OUR  “agenda”
It is SO easy to detract from your core purpose. It is about being clear and checking every day  “What exactly IS my agenda”?
Well our  “agenda” has always been very simple and very clear – Our overriding purpose it to connect to, and empower other survivors. We have always said that if we keep that one survivor in our minds when we do anything, we will stick to our “agenda”.
We are  not interested in dialogue with the church, they have demonstrated time after time THEIR narcissistic agenda, and we were sick of dancing to their macabre tune.
Every time survivors  plead with them,their  pleas fall on deaf ears and they win again, calling the tune!
We turned our backs on them and decided that we would help ourselves, and our fellow survivors using all the skills we have between us, and those of other like minded people.
Which is why our gathering in Rome ceased to be a “demonstration” against the vatican, but instead became a joyful celebration of lives saved, a party that  the vatican was not invited to.
We are not fund raisers, we know that chasing money would detract from our purpose.
We are no longer  victims, and we will not accept  that role on again
We all have different skills and different passions, so it makes sense to play to our strengths.
Ours is EMPOWERMENT! and our connections are our strength.
Regardless of which path a survivor takes, wether it is to fight or  demonstrate, chase errant clergy, make lists of them, find their hiding places, shine a spotlight on every dark corner of their organisation, take legal action, stop child abuse from being a daily reality for other children,et.etc. they will still  need to be in the best shape they can be.
Even if the UN succeeds in taking them to task, even if the Court of Human Rights takes up the battle, even if the vatican falls, the criminal priests get arrested and incarcerated, the safeguarding of the next generation is secured, even if every survivor is awarded  millions in compensation– we will still be left with hundreds of thousands of disaffected damaged human beings  who’s lives have  been destroyed, money alone will not take that away.
And they deserve the best care possible, a “this will do” approach is NOT ok! They should have  the “Rolls Royce” of recoveries! A REAL “warm blanket” wrapped around them as they emerge from their nightmares.
THAT is our focus and our “agenda” and one I need to be reminded of every time I get distracted and frustrated.
I can fight with the best of them!  I can fight dirty and I can trample on people, I can throw eggs at bishops and swear at nuns, I can stick two fingers up at the vatican and it’s minions, and march in front of cathedrals. But it makes me angry! And it creates a “conduit” in me for evan more anger.They win again!
My energies and passions lie with what I am much better at. And in order for that to happen I simply have to keep on checking MY “agenda”.