Stop Dancing with the devil!

STOP DANCING WITH THE DEVIL!

Have you ever heard of Svengali?  In a book by George Du Maurier called Trilby the story goes about a charismatic hypnotist who convinces a young impressionable girl that she can sing, even though she is tone deaf.  In everyday language Svengali has come to mean someone who cruelly with evil and/or cynical intent, controls another person by persuasion or deceit

I think its more than possible that survivors of abuse can really identify with the idea of someone in their world being this kind of Svengali-like character.  For survivors of clergy abuse, the Svengali is the church itself.  Does this character sound familiar to you in your life? 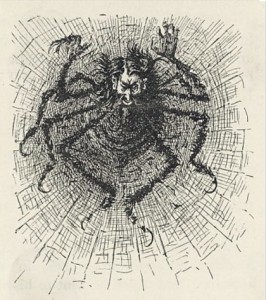 It’s a scary thought, isn’t it that we are somehow under a spell or engaged in some kind of macabre dance that we feel compelled to do even though we know it isn’t actually any good for us?  Why do we do that?!

For example, as survivors we might say ‘I want justice, I want my abuser to apologise, I want people to hear my story, I want to teach them a lesson’.  This is absolutely important and essential for growth HOWEVER there comes a point where if you are not getting what you need then you may need to rethink the way you are going about it!  It may be you are doing the wrong things for the right reasons. And after a while you have to ask yourself, who is leading the way in this, who is controlling the dance?  Its more than likely the abuser even now!

Today the Vatican theatre is at its height, when the big symposium is held in the public arena and the church wheels in a selected ‘victim’ as a foil for the actors and actresses of the church – who is leading the dance there?  Is it the survivors? Absolutely not!  What we are seeing at play is one of the most subtle elements of damage carried out on people by the church – THEY HAVE CREATED A MASS OF CODEPENDENT SURVIVORS – and by this I mean that continuing to depend on the church – the Svengali!  This is precisely what they want!

Codependency is a term often associated in addiction fields and can sometimes mean people that are in a relationship sharing the same addiction – I prefer to consider that people with symptoms of codependency are addicted to unproductive patterns of behaviour, compelled to keep doing what they do time and time again even when it is no longer useful or helpful.  Sometimes this is because people with these kinds of compulsions do not believe that they have enough in them to be able to stand up for themselves, to break away from the dance or the game, to recognise that they have a choice TODAY (not necessarily at the time of the abuse but CHOICE EXISTS TODAY).

So lets look at this – talking to Sue in particular about why she is not in Rome at the moment.  The old inclination in Sue would have been to go there, march, make a statement, be photographed and recorded and filmed, be identified as a survivor at the Vatican theatre, be used as a bit-part in a film, directed and produced by the Church.  If Sue does this because she feels that she is getting something useful out of it or because she thinks it will make a difference then this is good.  But realistically when she allows the Church to dictate the terms on which survivors are dealt with in the public arena, then she is dancing with the devil, she is under the spell of the Svengali.  She continues to hand her power over to them, she continues to follow the steps of the abusive hypnotist, she continues to be contained by the Church and remains ultimately powerless.

NO GOOD WILL COME OUT OF THIS SYMPOSIUM – nothing useful, nothing to change the world, nothing for the survivors – the only thing that will come out of it is that the Church will pat itself on its back, tell themselves what a great job they did in talking about it and sit on their arses for another decade on the back of their deluded sense of success.  How do we know this?  Because this is what always happens in the dance with the devil!

So how can we stop this dance?  How do we say ‘I don’t want to play ball any more?’ – well we take charge, we take our power back.

WE HAVE TO REALISE THAT THE SO CALLED POWER OVER US IS FAKE, FALSE, WILL BLOW AWAY WITH THE CLICK OF THE FINGERS, WILL DISAPPEAR IN A PUFF OF SMOKE.

THEY ONLY HAVE POWER OVER US IF WE GIVE IT TO THEM – simple.

The only way we can extricate ourselves from this sick, hostage-style relationship is to take back our power and we have to do that on an individual basis.

The power and ability to change our lives is in us, not in anyone else.  Codependents often look for external factors that would make their life better – justice, lottery win, love, children etc.  They also find it hard to forgive or move on from the damage and fear that they have experienced in their lives, even after many years – this is understandable and true but if we keep saying this then we keep remaining as victims not survivors.

I am absolutely not saying that the church need to be let off or that abusers should just be accepted – I just think that we are more powerful when we change the way we do things and change where we do our recovery work.

For example, we will NOT be holding the annual celebration of survivors in Rome – why would we give them the satisfaction of celebrating where they are?  Will it not thwart the narcissists more if we DON’T DO IT THEIR WAY?  We will not be asking for an apology – they can do that in their sleep standing on their heads but it doesn’t mean anything – so we don’t need to go with our begging bowls to them for their platitudes and lies.  When we start to change our views on the world from our frame of reference then we become powerful.  The only thing you can control RIGHT HERE RIGHT NOW is how you react to the world around you – this is something that codependents need to learn and manage on a daily basis.  We cannot stop people calling us names or hurting us, we cannot stop war, we cannot stop poverty or neglect – these things will always be here, but how we choose to deal with them is our power.

So next time you have an overwhelming emotional response to something and an massive inclination to react in some way STOP, breath, think – who is going to get the most out of whatever I am about to do?

If it is the abuser – DON’T GIVE THAT TO THEM!

But be honest – don’t try and make it fit – if you are lying to yourself about your motives THEY HAVE LED THE DANCE AGAIN!

“Happiness is like time and space–we make and measure it ourselves; it is a fancy–as big, as little, as you please; just a thing of contrasts and comparisons, like health or strength or beauty or any other good–that wouldn’t even be noticed but for sad personal experience of its opposite!–or its greater!”

Sending warm thoughts to each and every survivors and beloved other out there – TIME TO DANCE TO OUR OWN TUNE!